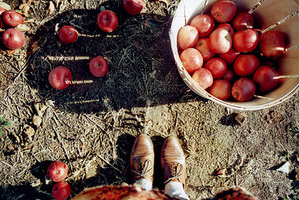 WHATEVER YOU LIKE (T.I. Cover) - ANYA MARINA
Shawty you the hottest, love the way you drop it.
Brain so good could've sworn you went to college.
100k deposit, vacations in the tropics
And everybody know it ain't tricking if you got it
You ain't never ever gotta go in your wallet.
Long as I got rubberband banks in my pocket.
5 6 rides wit rims and a body kit.
You ain't gotta downgrade; you can get what I get

HOLD IT UP - THE ROCKET SUMMER
The only plans of mine might sound to you cliche,
But I just plan to live the rest of my life

IT'S ALIVE - A FINE FRENZY
Never say never say never
Say the sunken ship
For you never know where you’re going to go
When the anchor lifts, oh, lifts
Pry my fingers off
Loosen the deathly grip
You can’t be tethered to a ghost
To a memory
You’ve got to swim

THE GRAVEYARD NEAR THE HOUSE - THE AIRBORNE TOXIC EVENT
It left me to wonder if people ever know each other
Or just stumble around like strangers in the dark
Because sometimes you seem so strange to me,
I must seem strange to you.
We're like two actors playing two parts.
Did you memorize your lines? 'Cause I did.
Here's the part where I get so mad.
I tell you that I can't forget the past.
You get so quiet now and you seem somehow like a lost and lonely child
And you just hope that the moment won't last.

40K - PEARL AND THE BEARD
Castles and walls, well you break them down
Hurry, here comes the ivy
Anything you want from me is all that you got from me

Why come to me so full of dreams?
Well, go on
With feathered keys you're mocking me
I am locked

It's easier to pine
To pine

AVALANCHES (CULLA'S SONG) - A FINE FRENZY
Don't be scared of avalanches
Tucked up in my snowy branches, I will
And look how well the gray wolf dances
You bring light and second chances

HAND GRENADE - THE ALMOST
Life's moving faster now.
I'm older here,
But younger somehow.
Head full of fear,
And it makes me break.
Please let me find you,
Please let me know just what you want.
Please let me see what you need me to be.

THIS IS ME - THE ROCKET SUMMER
Because I don't know what I am doing now,
And I wont try to act like it 'cause I sure don't know how.
And I'll admit that I don't know, just where I'm going on this long and winding road
That's taking me to what will be my home.

So stare and see that this is me,
And I will be just what I need to believe
That something is what I'm gonna be.
And what you do is what you do and what I do needs to be true.
The things I do maybe need to be thought through,
But I know what I want to do, and I want this to be true
And, yeah, I'll be the first to say that of course I'll listen to you
But just remember what's right for me, might be not right for you.

.zip
You can view the cover art here. It is included in the .zip.
If you like what you hear, please click the 'monthly mix' or 'fanmix' tag for more music! (Some links are down, but say the word, and I'll be more than happy to reupload for you ASAP!)

The RIAA dictates that all music downloaded should be removed after a preview period of twenty-four hours. What you do with it after that is your own responsibility.
Tags: monthly mix
Subscribe